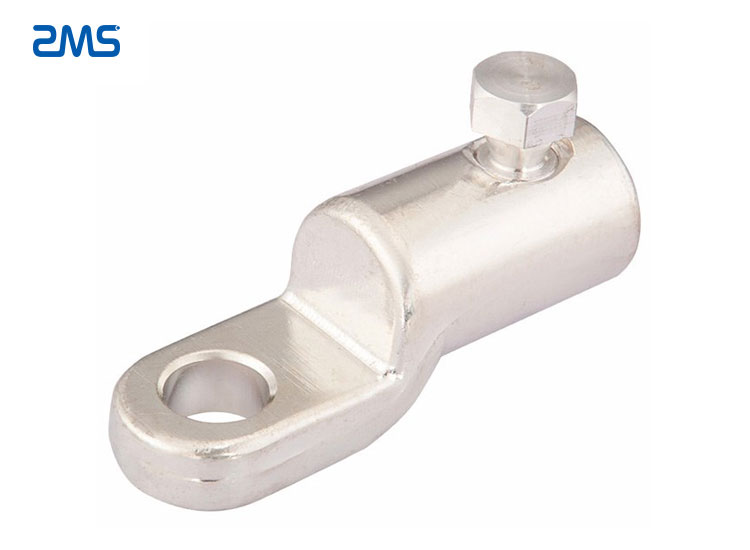 Mechanical lugs are connectors that are used to connect cables together, and they form an important part of a home electrical system. Mechanical lugs are normally made from one of two metals – copper or aluminum.
As far as functionality goes, they both serve similar purposes, but the differences become obvious when you look at their specific characteristics and the applications where they will be used. Let’s take a look at why aluminum lugs used to be popular as well as why copper is now the preferred metal of choice for lugs.

Aluminum Lugs
The history of aluminum lugs goes back to the early days of the 1960s when a substantial amount of engineering innovation was happening, and aluminum as part of that innovation. Back then, aluminum wires were being used generously in almost every home wiring system. Since the electrical wires were made of aluminum, it only became logical that the electricians would use aluminum lugs at the connection junctions.
Unfortunately for the electricians, they ran into a lot of termination failures. Connections were being lost at these junctions where aluminum lugs were being used, and as a result of this, electrical fires started occurring frequently. Electricians did not know why this was happening, because aluminum is a very good conductor of electricity, and they had been using it for a while.
When the fires became too wide, research finally revealed that aluminum lugs were the source of the problem. One of the problems was the formation of aluminum oxide which led to a large percentage of fires, and the problem persisted even after trying a variety of combinations. For instance, electricians tried to use aluminum wires with copper lugs and copper wires with aluminum lugs. None of them worked.
Eventually, it was decided that aluminum simply isn’t the right metal for electrical wiring, and that’s when copper came into the picture as a more effective replacement.

Copper Lugs
The great thing about using copper for lugs is that it overcomes all the problems that are found in aluminum lugs. The key to improved safety with copper lugs has something to do with the “coefficient of thermal expansion”. Without going into the technical details of the term, what you need to know is that a higher coefficient indicates a greater risk of fire, and copper has an extremely low coefficient of thermal expansion.
Thanks to this, it does not create fire safety hazards, and copper-based wiring systems are now used around the world. There is of course a catch, as there almost always is with anything that seems perfect. Aluminum happens to be a much cheaper metal than copper, so copper lugs and wiring can cost quite a bit more than aluminum ones. That is probably one of the main reasons why, back in the 1960s, manufacturers went with aluminum wiring before shifting to copper, and why aluminum lugs are sometimes used in wiring even today.

Copper versus Aluminum Lugs – Which Should You Pick?
At this point, we know about the main difference between aluminum and copper, as well as the main advantage and disadvantage of each. Aluminum is cheaper but causes problems, while copper is good but comparatively very expensive. The big question is – should you go with aluminum or copper?
Unfortunately, the answer isn’t clear-cut. The lure of the low cost of aluminum continues to drive electrical manufacturers to use aluminum wiring. Lately, though, aluminum-related innovations are happening, making them just as safe as copper lugs. It is now possible to find aluminum lugs that are coated with copper. This impedes the rusting as well as the formation of oxide on the surface.
It is true that in the early days, aluminum simply wasn’t the right choice for lugs, and since then, copper became the preferred choice for lugs. All things considered, however, it’s now much safer to use aluminum lugs as compared to the earlier days. Despite these improvements in aluminum wiring and electrical components, somehow the impression that copper lugs are better than aluminum hasn’t really gone away.
It’s sort of difficult to get over that mindset, and it will probably be quite a while before people begin to put as much faith in aluminum as they do with copper!