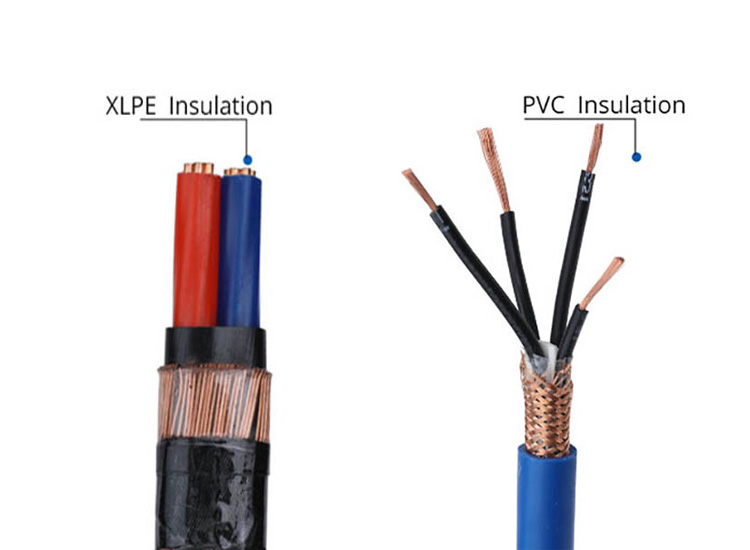 XLPE cable and PVC cable are the same in function. They both belong to the category of power cable used for power transmission and distribution, but their differences are also obvious.

Plastic cable: power cable with plastic insulation and sheath, referred to as plastic cable for short.

3. XLPE cross-linked the insulating material to improve the heat-resistance temperature, but PVC did not.

(2) Differences in Use Characteristics

1. Service temperature — the maximum rated operating temperature of PVC power cable conductor is 70 ℃, and the maximum temperature in case of short circuit (duration less than 5 seconds) shall not exceed 160 ℃;

The maximum rated operating temperature of the XLPE cross-linked cable conductor is 90 ℃, and the maximum temperature during the short circuit (duration less than 5 seconds) shall not exceed 250 ℃.

3. The allowable current carrying capacity of the conductor depends on its allowable operating temperature.

4. Difference between price and service life

With the same specifications and models, the price of XLPE cable is slightly higher than that of PVC, which may be the reason PVC power cable is still alive. However, XLPE has a longer service life, higher temperature resistance, and more insurance. From the long-term and safety factors, it is more cost-effective to use XLPE cable.