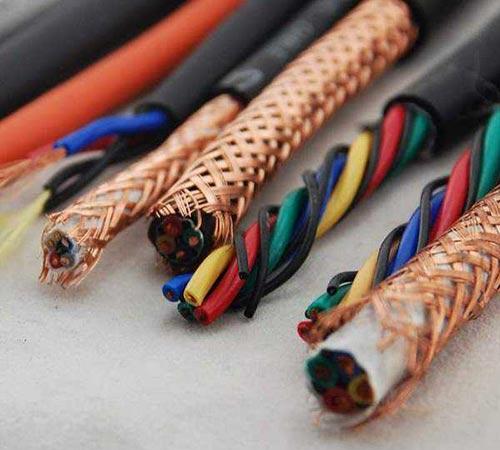 The shield on the shielded cable is the cable formed in the way of the transmission cable plus a shield against external electromagnetic interference. The so-called ‘cable shielding’ on the cable structure is also a measure to improve the distribution of electric fields. The cable conductor is made of multiple strands of wire stranded, it is easy to form an air gap between the insulation layer, and the conductor surface is not smooth, which will cause the electric field concentration. Then the following will give you detailed knowledge about shielded cables.

The shield of the cable in order to uniform conductive core and insulation electric field, 6kV and above of the medium and high voltage power cables generally have conductor shield and insulation shield, some low-voltage cables do not set shield. The shield layer has two kinds of semi-conductive shield and metal shield.

For low-voltage power cable without metal sheath, in addition to setting a semi-conductive shield, but also increase the metal shield. The metal shielding layer is usually made of copper tape or copper wire wrapped, mainly to play a role in shielding the electric field.

Because the power cable through the current is relatively large, the current around the magnetic field will be generated, in order not to affect other components, so adding a shielding layer can shield this electromagnetic field in the cable. And the cable shield can play a certain role in grounding protection, if the cable core is within the breakage, the leakage of current can flow along with the shield layer such as the grounding network, which plays a role in safety protection. This shows that the role of the cable shield is still very large.

The cable and cable accessories industry is booming as more than a million customers turn to electronics. As the number of personal devices increases globally, so does the demand for accessories and cables. The latest trends see companies designing innovative products. Manufacturers are producing better quality products with the right durability, performance, and design simplicity. Innovations in product design and manufacturing must be done using environmentally friendly practices. Of course, as a customer, your focus must be on these qualities of the cable manufacturer company when buying a product.