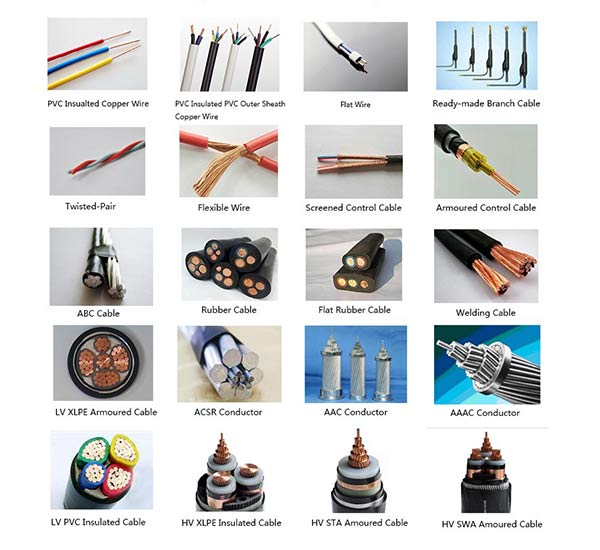 ZMS cables can be manufactured to the most stringent standards in the world, including BS, CSA, IEC, VDE, and UL. And if you need a cable to suit your application or a custom-made special cable, our technical team is at your service to meet the best requirements for your project.

Get a Free Quotation 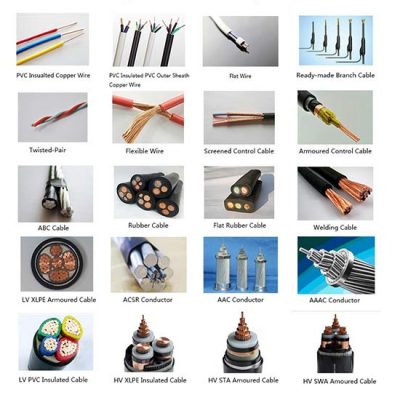 Several Types of Commonly Used Cable Models and Their Use Occasions

Polyvinyl chloride sheathed power cable can be laid indoors, in tunnels and pipelines, and can withstand a certain laying draw through.
But the cable can not withstand external forces, and a single-core cable is not allowed to lay in the magnetic material pipeline.
If you need to withstand the mechanical external force plus winding steel belt armor.

The Flame-retardant PVC-sheathed power cable can be laid indoors, in tunnels, cable trenches, pipelines, and flammable and seriously corrosive places.
But can not withstand mechanical external force. If you need to withstand the mechanical external force and winding steel belt armor.
Features: In the case of open flame burning, remove the fire source, ≤ 12s automatically extinguished.

Polychlorinated ethylene sheathed power cable can be laid indoors, in tunnels, and pipelines, and can withstand a certain amount of laying traction.
But the cable can not withstand external forces, and a single-core cable is not allowed to lay in the magnetic material pipeline.
If you need to withstand mechanical external force plus winding steel belt armor.
Features: in the case of open flame burning, remove the source of fire, ≤ 12s automatically extinguished.

PVC sheathed power cable can be laid indoors, in tunnels and pipelines, and can withstand certain laying traction.
But the cable can not withstand the action of external forces, single-core cable is not allowed to lay in the magnetic material pipeline.
If you need to withstand the mechanical external force, plus winding steel belt armor.
Suitable for special requirements occasions, such as high-capacity power plants, nuclear power plants, underground railways, high-rise buildings, etc.
Features: Maintain normal operation for 90min (min) in a burning environment.

More Cable Types and Their Use Cases

There are many more abbreviations for cable types.
If you would like to know more about cable types and information, please contact ZMS Cables promptly.
We can provide you with comprehensive cable information and parameters.

BS standard is a British standard developed by BritishStandards Institution (BSI), an unofficial body with a high reputation internationally, established in 1901. It is the world’s first national standardization body, which is not controlled by the government but is strongly supported by the government. BSI develops and revises British Standards and promotes their implementation.

The British Standards Institute (BSI), formerly known as the British Engineering Standards Board, was established in 1901 as the body responsible for national quality certification in the UK.
In 1929, it was recognized by the “Royal Charter” and was officially renamed the British Standards Institute (BSI) in 1931. Although it is a private organization, it is entrusted by the state to be responsible for the unified management of national standardization work.
Its supreme body is the Executive Council, under the mechanical, electrical, chemical, construction, textile, and quality assurance, and other six sub-councils.
BSI headquarters has four working departments, and standardization department, the inspection department, the export bureau technical advisory department, and the quality assurance department. Among them, the Quality Assurance Department (QAD) is a permanent quality certification and mark management body.
British quality certification work, not only for domestic services but also for international trade services.
More than 20% of the certification licenses issued by BSI are issued for products imported into the UK by foreign manufacturers. And accept the United States, Canada, Germany, New Zealand, and other countries commissioned by the certification organization, on behalf of the foreign certification mark.

After the establishment of ISO in 1947, IEC had been incorporated into ISO as an electrical division, but still maintained its independence technically and financially.
According to the new agreement between ISO and IEC in 1976, both organizations are legally independent, and IEC is responsible for international standardization work related to electrical and electronic fields, while other fields are handled by ISO.
IEC member countries include the vast majority of industrially developed countries and a portion of developing countries.
These countries have 97% of the world’s population, produce and consume 95% of the world’s electricity, and manufacture and use 90% of the world’s production of electrical and electronic products.
The purpose of the IEC is to promote the international unification of electrical standards, international cooperation in standardization and related aspects in the field of electrical and electronic engineering, and to improve mutual understanding between the international community. To achieve this purpose, various publications, including international standards, are published, and it is hoped that national committees will use these international standards when their national conditions permit.
The IEC’s field of work includes electrotechnology in electricity, electronics, telecommunications, and atomic energy.

ZMS has a wide range of cable and conductor products for you to choose from. We will provide caring services and professional project solutions for everyone who needs them.

ZMS cables packaging is provided in the form of wooden reels, corrugated boxes, and coils. The cable ends are sealed with BOPP self-adhesive tape and a non-hygroscopic sealing cap to protect the cable ends from moisture. We can print the required marks on the outside of the barrel with waterproof material according to customer requirements.