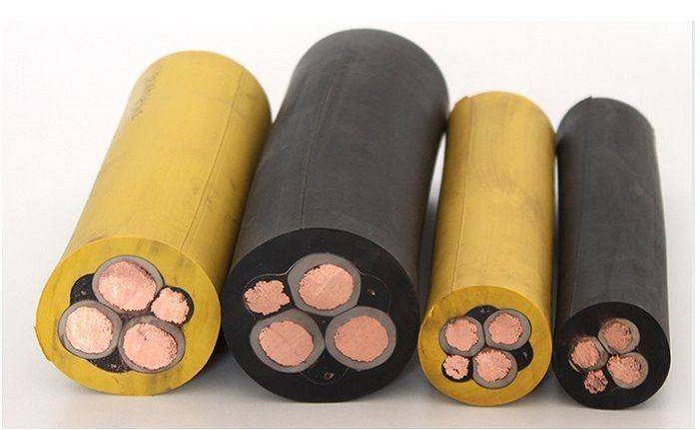 When using PVC cable material, porosity, surface roughness, and brittleness may occur. We discuss in detail the causes of these phenomena:

1. High moisture in raw materials. There may be excessive moisture in the raw materials are PVC resin, plasticizers, fillers, and stabilizers. Due to the relatively large amount of additive, PVC resin and filler should be the focus of inspection. This condition occurs in the kneading process and extruder vacuum.

2. Poor stability of the formulation system or high-temperature residence time of the material is too long, the material decomposition and lead to the appearance of pores. This problem is serious, usually accompanied by color changes.

There are two kinds of surface roughness: one is a pimple, one is a pockmark.

Mainly: by some mixing when the dispersion of uneven powder aggregates, the extrusion process can not be plasticized. And the plasticized PVC material is wrapped together by the mouth die extrusion and formed in the cable material.

PVC resin fisheyes and PVC resin particles that have not fully absorbed plasticizers can also cause the lumpy phenomenon. However, they are generally smaller.

With today’s formulations, the pursuit of finer and more fillers, the chance of agglomeration phenomenon will be higher if the filler surface is not treated well and mixed with poor results. Only the size of the degree of agglomeration and the performance in the cable material is serious? Does it become a problem?

Pockmark is relatively more complex and is generally considered to be related to the small molecules running out of the material. These small molecules come from the resin itself, plasticizers, lubricants.

As extrusion granulation production cable material, all need to vacuum. It is reasonable that these small molecules should be pumped away, but why does it still appear? Through the analysis found that, in fact, these small molecules are more after the vacuum, the material out of many is not a large amount of lubricants, of course, there are plasticizers in.

1. Impurities are too much

The mixing of impurities can have a negative impact on the cable material, and too many impurities can cause problems with the insulation. These impurities may come from the PVC resin and various additives, but also from the mixing and adding links.

2. Powder particles are too coarse

The powdered additives in the cable material are generally ground before use. If you want to save time or some mechanical failure, resulting in the addition of powder material particles too coarse, will have a negative impact on the insulation of the cable material.

Cable material moisture and packaging process and packaging have a great relationship, should strengthen the drying, so that it cools to a certain temperature before sealing airtight. In addition, the packaging should be improved and moisture-proof measures should be added.

At the same time, should also pay attention to the potential degradation and surface attachment layer caused by the phenomenon of false moisture.

The problem of brittle cable material is generally related to PVC resin type, plasticizer, lubricant, filler, and other formulation components.

1. The choice of a high model

PVC resin, if you choose a high model, due to the short PVC molecular chain, the performance of the cable material will be brittle. Plasticizer added less, cable material is hard, sometimes also have a brittle feeling.

2. Filler added too much

More because of the filler added too much, and the cable material performance decline, the strength is not good.

Lubricant is another key point, if the external lubrication is too much, will often cause bad platinization (platinization temperature is low is also another main reason for bad platinization), then the cable material will obviously bad strength, brittle.