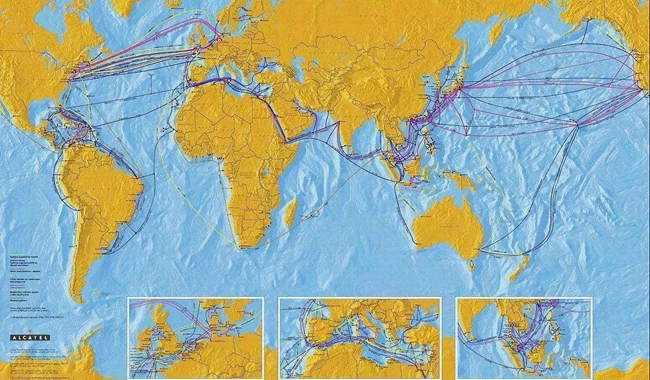 Southeast Asia is one of the fastest growing economies in the world with rising digital demand from consumers and businesses,” said Bill Chang, CEO of SingTel Group’s enterprise and regional data center business. Consumers and businesses are increasingly relying on services and solutions that require higher bandwidth and lower latency connectivity to work, learn or play. the ALC will bring greater interconnectivity for industry transformation, unlocking more innovation opportunities to further enhance the digital experience for consumers in Southeast Asia and support the region’s growth ambitions.”

The system is planned to have eight fiber pairs, each capable of carrying up to 18 Tbps. The ALC will add more capacity and routing diversity to the existing network, enhancing the resilience of international Internet traffic through Southeast Asia.

Submarine cables are a critical information infrastructure. With no viable alternative currently available, almost 100% of the international data traffic consumed by companies daily is transmitted and routed through this submarine cable laid under the sea.

SingTel is one of the most technically experienced consortium partners, and with its long history and expertise, has taken the lead in investing in some of the earliest submarine cables in the region, including the latest 19,200 km Southeast Asia-Middle East-Western Europe 6 (SEA-ME-WE 6) submarine cable system, connecting multiple countries and regions between Singapore and France, which is expected to be completed in the first quarter.

The ALC is scheduled to be completed in the third quarter of 2025.

Submarine Cable, Undersea Cable is a wire wrapped in insulating material and laid on the seabed. In shallow waters with a water depth of fewer than 200 meters, buried cables are used, while in deep waters, laying is used.

The main burial method is to water jet, buried equipment at the bottom of several rows of water jets, parallel to the distribution of the two sides, each hole at the same time to the seafloor jet of the high-pressure water column, the seafloor mud, and sand will be washed away to form the cable trench. The upper part of the equipment, the cable guide hole to guide the cable to sink to the bottom of the cable trench, by the tide will automatically fill the trench.

The buried equipment is towed by the construction vessel and various commands are given through the working cable. The deep sea cable laying machine does not have underwater burial equipment, relying entirely on the weight of the cable itself, laid on the surface of the sea floor.

The maintenance of the cable is not easy. In addition to natural disasters, it is also easily damaged by the anchors of trawlers and can even be broken by sharks. The damaged part of the cable must be cut at the bottom of the sea, brought to the surface to repair, and then sent back to the bottom to connect, quite a lot of work.

In the early days of the construction of sea cables, the most active in Britain. The British Brett (John Brett) is a wealthy antique dealer, 45 years old has a wealthy family and can retire. Because his brother was a telegraph engineer, he was triggered to lay the submarine cable connecting Britain and France. This was the world’s first cross-country sea cable line, completed in 1850.

The following year, the first telegram from Dover, England (Dover), through the cable, across the English Channel, to France, Cape Gris Nez (Cap Gris Nez). However, the quality of the cable was poor. The construction of this cable resulted in the new English word “Cable”, which was an unexpected contribution.

Submarine cable pulling depends on the cable laying ship, also known as “water line ship” (Cable Layer, Cable Ship), which is a kind of deep-sea ship, the ship has a large cable pulling structure (Superstructure), including several winding reels (Spool), you can see the difference with the generalship.

The world’s first sea cable was laid by the Goliah, the biblical giant struck down by David.

In 1856, American businessmen Cyrus Field and Brett met and formed the Atlantic Telegraph Company with the ambition of building a cable across the Atlantic Ocean.

The arduous project was completed in 1858, crossing the Atlantic from Washington to London, when U.S. President James Buchanan sent a telegram to British Prime Minister Henry Temple: “God willing, may the telegraph be a match for everlasting peace and friendship among the nations.

The telegram was only 150 letters long, but it took 30 hours to send.

Three weeks after the cable was opened and 723 telegrams were sent, the cable insulation was broken, so it failed and was scrapped.

Fielder died in Irvington, New York, after a series of investment blunders that ended in bankruptcy. When I lived in the United States, I came to Irvington to pay my respects to Cyrus Field.