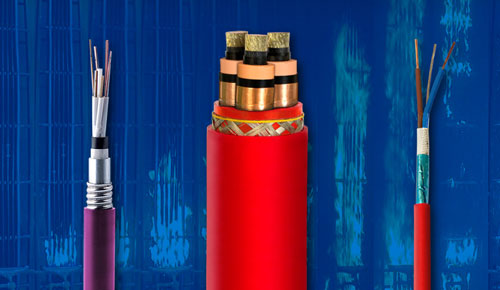 With the development of wire and cable production technology, there are more and more types of wires and cables. Even cables of the same kind have different specifications and grades. However, their requirements for fire resistance and flame retardancy have been ignored by people, and their grades are not up to standard, which easily lays huge hidden dangers for fires. If all the highest levels are used, there will be a little “waste”. Then several elements of the flame retardant grade of wires and cables should be considered in the project engineering design? Here are some suggestions for you, hoping to help you.

Because there is less chance of being attacked by external factors in this environment, even if it ignites, it is easy to extinguish itself due to the narrow space and it is not easy to cause disaster. On the contrary, indoor open laying, climbing through the room, or underpass, mezzanine, tunnel corridor, after a fire, the space is relatively large, and the air is easy to circulate, so the flame retardant level should be appropriately increased. It is recommended to choose flame-retardant B or even flame-retardant A.

2. Number of cables to be laid

The number of cables affects the flame-retardant grade of the cable, mainly the amount of non-metallic cable in the same space determines the flame-retardant grade. When calculating the volume of non-metallic materials of wires and cables, the concept of the same space refers to the space where the flame or heat of the cable can radiate to the nearby wires and cables and ignite them unimpeded when the cable is on fire.

3. Non-homogeneous cables should not be mixed in the same channel

4. Determine the level according to the importance of the project

Cables used in major engineering projects, such as units above 30MW, ultra-high buildings, banking and financial centers, large and super large crowded places, etc. Under the same conditions of other factors, its flame-retardant level should be higher and stricter. It is recommended to choose low-smoke halogen-free flame-retardant cables.

Relatively speaking, the power cable is easy to catch fire because it is hot and has the possibility of short-circuit breakdown. The control cable signal control cable is cold due to low voltage and small load, so it is not easy to catch fire. Therefore, it is recommended to lay the two separately in the same space, with the power cable on the top and the control cable on the bottom. Due to the upward fire, fire isolation measures are added in the middle to prevent the burning material from splashing.

In addition to selecting cables according to their grades, they must also know how to select high-quality cables with quality assurance: At present, the market is still full of fake and shoddy cables. Such cables not only do not meet the electrical performance standards, but also have huge safety hazards in daily use.