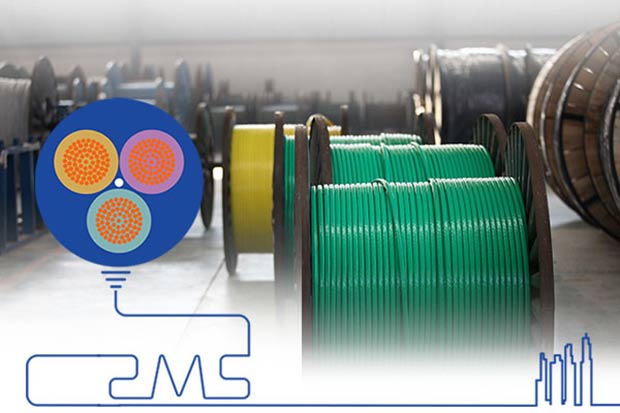 The power cables are indispensable for everyday use in every country. With the development of electricity over the centuries and the research on electricity in each country, more and more cable manufacturers have emerged. So many countries and cable manufacturers around the world, which countries in the cable level of development to appreciate it. Let ZMS cable company’s editor take you to understand the following.

Europe, Japan, and the United States cable giants rely on their capital, technology, and talent advantages and have formed a transnational, cross-regional scale or specialized cable production.

Their domestic or regional industry concentration is high, the share of the international market is large, and its top ten enterprises total sales revenue accounted for more than two-thirds of the market in the country or region.

In recent years, emerging countries in Asia and other faster economic growth, the world’s cable production center of gravity in Asia, driving the rapid development of the cable industry in China, Vietnam, the Philippines, and Egypt in the Middle East and other countries.

In the past six months, although at the national level on the wire and cable industry policies are not much, the quality of wire and cable, the cable of extra high voltage, and the general environment of energy saving and emission reduction have become the focus of the industry.

Germany is the largest economic power in Western Europe, it is quite a big gap with other countries in Western Europe machinery and transport sector has only a negligible growth. But despite Germany’s economic downturn in recent years, according to the per capita wealth of Germany and many regions of Western Europe is still relatively rich countries, its economic structure is also very helpful to the sale of cables.

The significant share of gross industrial product and the high share of machinery and transport. With such a basic economic structure, it is not surprising that Germany has a relatively large market for wire and cable.

NKTcablesGroupGmbH is one of Europe’s top cable groups, located in Cologne, Germany, with 16 plants in six countries worldwide, employing more than 3,000 people and with annual sales of more than 2 billion euros. nktcablesGroupGmbH has strong technical capabilities and has developed the world’s first lead-free and superconducting cables.

The Group started to enter the Chinese market in 1992 and formed the framework for the development of the NKT Cables Group in China. Currently, there are four plants in China, located in Changzhou, Jiangsu Province, Nanjing, and Cangzhou, Hebei Province.

For more than 100 years, NKT has grown from small to large, from weak to strong, through a lot of hardships, before gradually developing and growing.NKT is a century-old company in the world cable industry.

NKT’s medium and high-voltage submarine cables are its specialty products, laying more than 1,100 km of submarine and land-based power cables around the world, and is the world’s most powerful submarine power cable manufacturer.

It produces more than two million kilometers of fiber optic cable each year, and is the largest fiber optic cable manufacturer in Europe, the Americas, Australia, New Zealand, Australia, Asia, the Philippines, Malaysia, and other places have factories, the famous American building automation company Andover (Andover) company also belongs to the BICC Group.

The United States is discussing the issue of improving the reliability of PE and XLPE cables. Among them: lead / plastic sandwich sheath waterproof cable will soon be produced in the United States.

It has a significant effect on the prevention of water tree damage process; inhibit the growth of water tree XLPE cable has been produced for three years, the WTR-XLPE used to reduce the stress induced in the insulation, to avoid high-energy electron attack material and cause electric tree, so the AC breakdown strength is significantly higher than the standard XLPE cable.

Drying the insulation with flowing dry gas and then filling the gaps of the stranded conductors with acetophenone can return the breakdown strength of the aged extruded insulated cables to a higher level; non-woven waterproof tape is an effective solution to provide radial waterproof protection for cables.

These are the cable developments and well-known cable manufacturers of several major countries. About the development of the cable which is the best, it is measured by different criteria, can be compared from the material, security and many other aspects. ZMS cable company also like other companies, uphold the professional production level, strict qualification review, and perfect after-sales service, to provide more quality cable products.