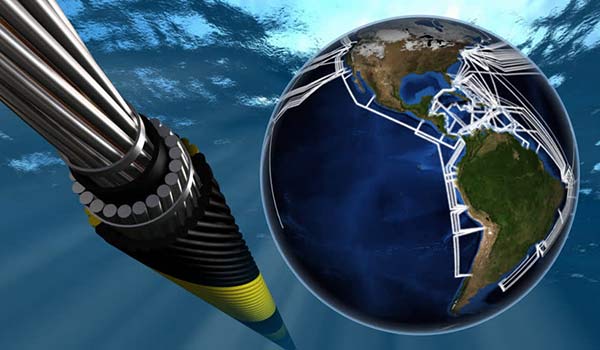 CRANBERRY ISLAND – Versant Power has laid a new submarine cable between Great Cranberry Island and Islesford to replace a cable installed in 1970 that had been damaged over the years.

According to Versant’s website, the old cable was badly damaged. It was due to rock movement caused by wave and tidal action and needed to be replaced to ensure reliable and safe service to islanders.

Versant said the mile-and-a-half-long old cable has been repaired several times over the years, and the decision to replace it with a new one is now a temporary solution.

The company had already laid a new cable between Manset and Great Cranberry on Mount Desert Island before this.

In October, Versant plans to lay a new wire from Mount Desert Island to Swan Island, a distance of six miles.

Versant said of the cables on Cranberry and Swan islands that they will lie on the seabed and will not be buried, and will also leave the seabed intact and undisturbed by marine flora and fauna.

The undersea cables are laid in a difficult and tasking manner, and each time they are completed they have to be carefully inspected to ensure that problems do not occur regularly. Because it is, after all, under the sea, issues can have an impact on the marine environment and the surrounding fish population. Maintenance is also time-consuming and very troublesome.

Then the submarine cable will generally be due to what causes what kind of difficulty it, the following let ZMS cable company’s editor take you to understand it.

Submarine cables are important infrastructure for global renewable energy generation and distribution. The growing demand for renewable energy has led to an exponential growth in the number of offshore wind farms, mainly in Europe and other parts of the world.

As the industry and market continue to grow, degraded product quality from premature failures is likely to become more common. subsea cable failures accounted for 77% of total financial losses for offshore wind projects worldwide in 2015. Subsea cable failures are costly to repair and can result in significant lost revenue due to power interruptions.

The main limiting factor in submarine cable failure management is the lack of data on the causes of failures. However, for this overview, we have focused on a few of the most prevalent causes, based on various studies conducted over the last few years.

Electrical failure is considered to be the number one failure in submarine power occurring within the first three years after installation and is referred to as the infant death stage. In most cases, electrical failures result in discharge, tracking, damage to insulated cable joints, and ultimately damage to cable ports. In the UK offshore wind sector, the loss of power due to electrical faults is estimated at 1160 GWh.

It is the thermal runaway from excessive heating of the cable, which can be caused by improper design or installation. It is generally considered to be caused by the failure to properly install the crossband or grounding key.

Since submarine cables must exist in the medium, the environment will certainly affect their service life. Over time, the saline environment has had a significant impact on the integrity of the cable material and component structure. In a report between Scotland and Southern Energy, it was shown that – in the 15 years between 1991 and 2006 – 47.5% of the failures were caused by the environment, about 57.

This refers to the mechanical wear and tear of submarine power cables, which is caused by the movement of the cables with the waves and currents of the sea. This is when submarine cables buried in the sea may be dug out and thus exposed to the extreme glazing conditions of the sea.

The lack of proper protection for submarine cables may lead to eventual failure, which is why offshore oil and gas pipelines have mechanical protection against mechanical failure.

As the cable ages, the integrity and efficiency of the material structure begin to decline, resulting in reduced performance and the eventual need for replacement. Sometimes these old and defective cables are left unattended due to inadequate monitoring, leading to eventual failure.

Due to the extremely complex marine environment in which the submarine cable is located, maintenance and upkeep are extremely difficult. Once the damage is found, it is often difficult to repair, resulting in power outages and shutdowns, causing customers to suffer serious economic losses.

Therefore, it is especially important to strengthen the maintenance work in the process of its use. The following measures are recommended for the maintenance and management of submarine cables.

1. Monitoring and early reporting. One of the main challenges plaguing the industry is the lack of adequate data and information. The first step in reducing existing power cable faults is to develop an effective monitoring and reporting system. This will help to quickly determine the cause of faults and can quickly warn operators of impending damage before it occurs.

2. When a vessel needs to anchor in oilfield waters it should first obtain the permitted anchoring coordinates and anchor in the designated area in strict accordance with the regulations.

Usually, the ship on duty patrolling at the sea surface must pay special attention to whether any behaviors threaten the safety of submarine cables such as discussing with vessels and fishing operations, to prevent the mechanical damage caused by this accident.

3. Submarine cable from the sea floor to land, the cable protection tube plays a protective role. Therefore, it is necessary to strengthen the protective measures for the sheathing parts to prevent ice load, bad waves, and accidental impacts on ships.

With the development of the global marine economy and energy development, the demand for cross-sea power transmission is increasingly urgent. The above is the introduction brought to you by ZMS cable company. This article on the current in the submarine cable some technical issues to discuss the description, I hope to work in the submarine cable a line of staff work to help.