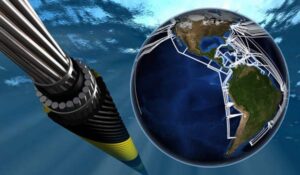 CRANBERRY ISLAND – Versant Power has laid a new submarine cable between Great Cranberry Island and Islesford to replace a cable installed in 1970 that had been damaged over the years.

According to Versant’s website, the old cable was badly damaged. It was due to rock movement caused by wave and tidal action and needed to be replaced to ensure reliable and safe service to islanders.