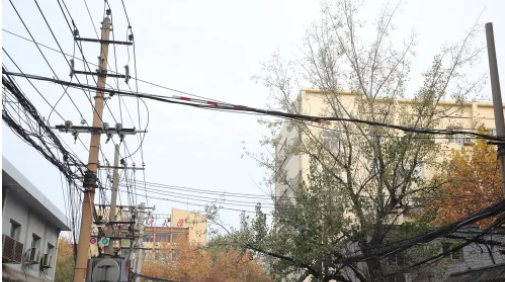 Overhead power line are very common, but with the use of electricity, the number of overhead cables is gradually increasing. This is a great security hazard in the city area.

According to the Dhaka distribution company, the project will have 290 km of overhead lines to be transferred to the underground.

“Some specific areas will no longer see any cables,” added Dhaka Distribution staff.

We now want to launch the project by October, ” Bikash Dewan told reporters.

“Most of the equipment has arrived at home and some of it is being put in transit,” he later added that “vertical pole transformers under the project will be upgraded to box transformers.”

Dhaka Distribution Company officials said the project was scheduled to start in January 2020, but the Chinese designer in charge of the work failed to arrive smoothly due to the epidemic.

But after signs of fading, they returned to participate in the design and implementation of the project.

Dhaka Power Distribution Company took over the government project to transform and upgrade the urban power distribution system, and cooperated with China Company to improve the power grid system of downtown Dhaka.

The smooth implementation of the project expects 40 substations to be built in Dhaka within five years. Some overhead wires will no longer be seen.

According to the relevant authorities, the materials, equipment, and most of the system are ready and ready to go.