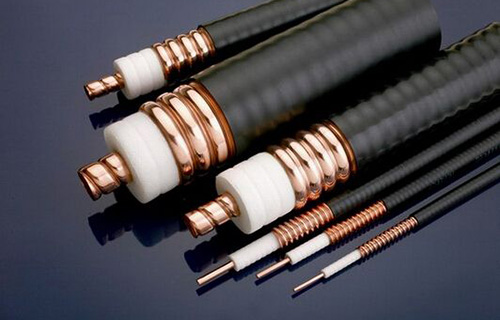 A coaxial cable is a wire and signal transmission line. It is generally caused by four layers of material: the innermost is a conductive copper wire, and the outside of the wire has a layer of plastic (used as an insulator, a dielectric). On the outside of the insulator, there is a thin mesh of conductive bodies (usually copper or alloy). Then the conductor is outside the outermost layer of insulating material as the outer skin.

ZMS manufacturing coaxial cables can be used to transmit analog and digital signals for a variety of applications. The most important of these are television transmission, long-distance telephone transmission, short-distance connections between computer systems, and local area networks. Coaxial cable has been rapidly developed as a means of transmitting television signals to thousands of homes, which is cable television. A cable TV system can be loaded with dozens or even hundreds of TV channels, and its transmission range can reach tens of kilometers. Coaxial cables have long been an important part of long-distance telephone networks.

Coaxial cables are generally installed from equipment to equipment. At each user location, a connector is equipped to provide the user with an interface. The interface is installed as follows.

(1) thin cable: the thin cable is cut off and fitted with BNC heads at both ends, and then connected to both ends of the T-connector.

(2) thick cable: thick cable is generally installed using a Tap device similar to a cleat, which uses a guide pin on the Tap to penetrate the insulation of the cable and connect directly to the conductor. Terminators are provided at both ends of the cable to weaken the reflective effect of the signal. It is used for networks with a transmission rate of 10Mbit/s.

In cable TV transmission, coaxial cable has been widely used in medium and small transmission systems due to its low cost and easy construction. Especially in the HFC (Hybrid Fiber-Coaxial, Hybrid Fiber Coaxial Cable) network “last 1 km” transmission, it can not be replaced by other cables. Many passive devices, active devices, and users need to be connected by cable, and all devices connected by coaxial cable need to achieve impedance matching between them. If not matched, the signal will be reflected between the components and the cable, increasing the impact of noise and ghosting on the transmitted image.