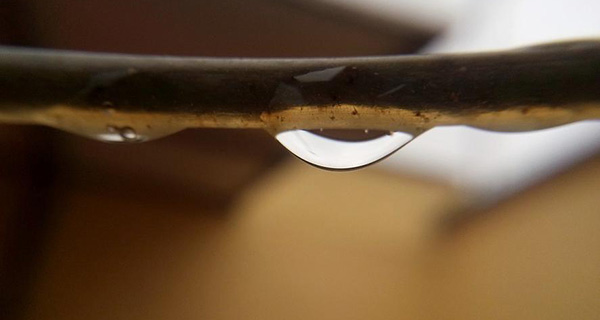 Cable Into The Water Hazard

Generally speaking, power cables are not allowed to enter the water during production, and the cable must be dry inside because of the severe electric field voltage test, and thus the cable that enters the water cannot leave the factory.

Once the cable is in the water, under the action of the electric field, the water tree aging phenomenon will occur, and finally, lead to cable breakdown. The water tree is a collection of water-filled voids with a diameter of 0.1m to a few microns. The presence of impurities in the insulation, pores, and insulation and inside and outside the semi-conducting layer of the uneven surface of the formation of local high electric field parts is the starting point for the occurrence of water trees. The water tree development process is generally more than 8 years, the higher the humidity, temperature, and voltage, the more ions contained in the water, and the faster the development of the water tree.

Water directly into the low-voltage power cable, causing corrosion of steel and copper strip and other metals, insulation performance decline. When water penetrates through the insulation, it will cause cable breakdown, and even explosion and injury, etc.

Cable Into The Water Cause

Newly bought into the cylinder cable, its two ends are sealed with a plastic sealing sleeve, but after using a section, the rest of the plastic paper wrapped, outside with a rope, the seal is not good, a long time, moisture will seep into the electrical cable.

2. When laying the cable

When the cable is laid, the cable joint wrapped with plastic paper is sometimes immersed in water, so that water enters the cable. When pulling and threading, sometimes the outer sheath will be broken.

After laying, the cable joints are not made in time, so the unsealed cable port is exposed to the air for a long time, or even immersed in water so that water vapor enters the cable in large quantities.

When the cable joint is made (including the termination joint kit and intermediate joint), the cable end sometimes slips into the cable well with water due to the intention of the production staff.

5. When the cable is in operation

When a fault such as a breakdown of an intermediate joint occurs during cable operation, the water in the cable well will enter the cable along the gap. In the construction site, the external force causes cable breakage or breakdown, and water in the cable can also occur.

Countermeasures To Deal With Water In The Cable

It is very difficult to dry the cable after water ingress (such as blowing dry with hot nitrogen under pressure), and there is generally no corresponding equipment. In practice, if the cable R6 into the water, we just saw off the front a few meters. If the whole cable has been into the water, we can not be desirable.

Therefore, the cable into the water to prevent should be prevention-oriented, using the following measures.

1. cable joint should be sealed

Sawed off the end of the cable, whether stacked or laid, should be sealed with plastic (using a cable-specific sealing sleeve) to prevent moisture infiltration.

After the cable is laid, the cable joint should be made in time.

You must choose a manufacturer with excellent quality. Since impurities and air holes in the insulation are the starting point for the occurrence of water trees, the quality of the cable is therefore essential to prevent water tree aging.

4. Strengthen the management of the cable joint production process

Once the cable is into the water, then the earliest breakdown phenomenon is often the cable joints, and thus the wire joint is well-made and can extend the overall life of the cable.

However, when scratching with a knife, if the scratch is too deep, it will hurt the insulation layer and allow producing water trees.

In addition, when soldering, because the power source can not be found, it will directly use the torch to melt the solder.

At this point, the flame will damage the copper shield and insulation, and thus eliminate this phenomenon.

The right way to configure UPS is because the time required for soldering is generally only 10min, and the power is only 500W.

5. the use of cold-shrinkable cable joint

Cold shrinkage silicone rubber cable accessories, are simple and convenient to produce, without a torch, without soldering.

In the process of thermal expansion and contraction of the cable, there will be a gap between the cable body and the cable.

This facilitates the development of water trees.

Such as several long cables, each of which is about 3km in length. For such a cable, in addition to making intermediate joints, one or two cable branch boxes can be used.

Once a section of the cable into the water, will not spread to other sections of the cable, and in the case of cable, failure is also easy to find sections.

Due to the increase in cable insulation thickness, the field strength is reduced and the aging of the water tree can be prevented.

At the same time, due to the 10kV neutral point small current grounding system in single-phase grounding, the cable has to withstand 1.73 times the phase voltage, and it has to run for 2h as required.

Thus, it is necessary to thicken the cable insulation layer.

The pipe is a corrosion-resistant, smooth inner wall, and has good strength, and toughness, so when the cable is laid in direct burial, it can greatly reduce the cable outer sheath breakage.

Due to the limitations of the conditions, our cable laying is used in the form of direct burial or cable trench, and more direct burial.

Our area belongs to the coastal rainy area, and there is water in the cable trench or cable well all year round.

In addition, our area is a heavy chemical industry, more chemical enterprises in the area, found in the inspection, the chemical plant near the cable trench in the wire, some outer sheath has been seriously deformed.

Therefore, the cable trench near the chemical plant must have perfect drainage facilities.

In addition, when designing the cable row pipe, it should be as straight as possible and reduce the elbow to make the cable easy to lay.

And in the middle of the road and other places that are not convenient to do wire wells, but must have a corner, we do small cable wells instead.

The cable well is only used to place the steering pulley when laying the cable.

10. After the cable test cable joint is made

Do a high-voltage DC leakage test before commissioning, later, we only do a pre-test for substation outlet cables, other cables do not do the test.

Because, once the substation outlet cable fails, the short-circuit current will cause a great impact on the substation equipment, and thus the wire is found to have problems, we should strengthen the operation and management of timely replacement.

We believe that the post-treatment of cable faults and cable test after the discovery of faulty cable, both deals with the same trouble: find the point of failure, or even exchange the cable.

The former’s disadvantages are unplanned power outages, short-circuit current impact advantages are: no test can extend the life of the cable some cable test is not ideal, but still can run for a long time, and DC test will increase the possibility of cable breakdown), the fault point is more obvious, easy to find.

The advantages and disadvantages of the latter are exactly the opposite of the former.

Therefore, for cable users who do not do the test, we focus on the reliability of their power supply.

For example, 10kV switchgear stations that supply power to users are equipped with dual power supplies to achieve dispatch automation, so that once a fault in the incoming cable is detected, the power supply is immediately switched to another cable.

In fact, in the new “Preventive Test Procedure for Electric Power Equipment”, the cross-linked cable is no longer required to do DC withstand voltage test at certain intervals, only insulation resistance. Thus, it can simplify the preventive test of the cable.