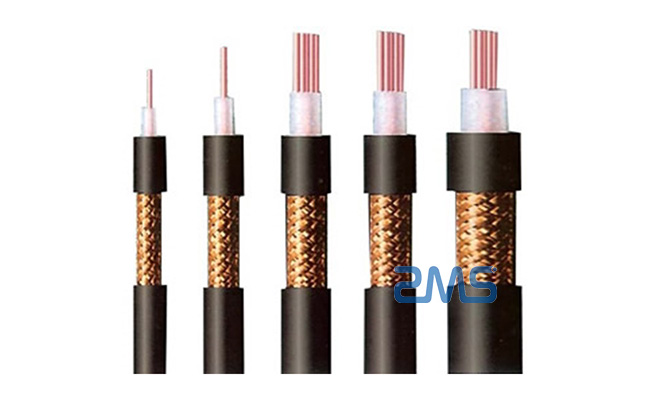 Cables are everywhere in our lives, and even the types and models of wires can dazzle everyone. Today, the ZMS cable manufacturer’s editor explains the difference between coaxial cable and ordinary cable.

Coaxial cables can be divided into coarse coaxial cables and fine coaxial cables according to their diameter size. Coarse lines are suitable for larger local networks. Since the line does not need to be cut off during installation, it can be flexibly adjusted to the location of the computer in the network as needed, and the overall cost is high.

The thin line is simpler and less expensive to install, but the basic network connectors must be installed at both ends and connected to both ends of the T-connector, so it is easy to create bad potential problems when there are many connectors. This is one of the most common failures of Ethernet in operation today.

Coaxial cable is divided into four layers from the inside out: a central copper wire, a solid wire containing a single strand or a multi-strand stranded wire, a plastic insulator, a mesh conductive layer, and a wire jacket.

Coaxial cables conduct alternating current rather than direct current, which means that the direction of the current is reversed several times per second.

When a section of a concurrent cable is crushed or twisted, the distance between the central wire and the conductive web is not always the same. This causes the internal radio waves to be reflected by the transmitter, reducing the signal power that can be received.

To overcome this problem, a plastic insulator is added between the central wire and the conductive layer of the mesh to ensure that the distance between them remains constant. This also results in a power line that is relatively straight and not easily bent.

Advantages and disadvantages of coaxial cable.

Its advantage is that it can support high bandwidth communications over relatively long, repeat lines.

And its disadvantages are obvious: First, it is large and takes up a lot of space in the wire duct. The second is that it cannot withstand tangles, stresses, and severe bending, all of which can damage the cord structure and prevent the transmission of signals. The last is the high cost.

It has enough flexibility to support a bending radius of 254 mm (10 inches). The center conductor is a solid core copper wire with a diameter of 2.17mm ± 0.013mm. The insulation material must meet the electrical parameters of the concurrent line. The shield is composed of a metal strip or sheet that meets the transmission impedance and ECM specification description. the shield has an inner diameter of 6.15 mm and an outer diameter of 8.28 mm. the external isolation material is generally polyvinyl chloride (e.g. PVC) or similar material.

The main parameters of the test

– The open circuit of the conductor or shield.

-Short circuit between conductor and shield.

-The short circuit between the shield connectors.

A cable is usually made of several or several groups of wires (at least two per group) twisted together to form a rope-like wire. Each group of wires is insulated from each other and often twisted around a center, the entire outer wrapped with a highly insulating cover layer. The line has the characteristics of internal energization and external insulation.

-Series lines between modules and components.

-Cable between DC distribution box to the inverter.

All the above cables are DC cables, which are more often laid outdoors and need to be moisture-proof, sun-proof, cold-proof, heat-proof, UV-proof, and in some special environments, acid and alkali-proof chemicals.

-The connection line from the inverter to a step-up transformer.

-Connecting wire from the step-up transformer to the power distribution unit.

-The connection line from the distribution unit to the grid or the customer.

This part of the power line is an AC load line, indoor environment laying more, can be selected by the general power wire selection requirements.

This part in addition to overhead bare wire almost all other products are used, but mainly power wires, electromagnetic cables, data cords, instrumentation cables, and so on.

The Difference Between Them

The central axis of a coaxial cable is a copper conductor with an additional layer of insulation, outside which is wrapped by a hollow cylindrical mesh copper conductor, with the outermost layer being the insulation. It is compared with twisted pair wire, coaxial cable has strong anti-interference ability, good shielding performance, stable transmission data, and is also inexpensive, and it can be used without being connected to a hub or switch.

Common cable is usually a rope-like cord made of several wires or groups of wires twisted together, each group of wires insulated from each other and often twisted around a center, with a highly insulating cover over the entire exterior. Mostly erected in the air or installed on the ground, underwater, for telecommunications or power transmission.

Common cable is typically made of many or groups of wires each group of at least two twisted together into a rope-like wire, each group of wires insulated from each other and often twisted around a center, the whole outer wrapped with a highly insulating cover. More than erected in the air or installed underground, underwater, for telecommunications or power transmission.

The above is the difference between the coaxial cable and ordinary wire. ZMS has numerous high-quality wires, the company’s website contains the above two cable details, if necessary, welcome to consult.