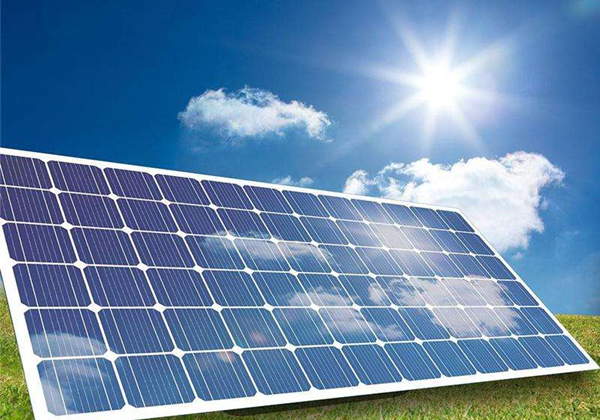 Photovoltaic power generation system mainly consists of PV modules, a controller, an inverter, a battery, and other accessories (grid-connected does not need a battery).
Depending on whether it depends on the public grid, there are two types of PV systems: off-grid and grid-connected, of which off-grid systems operate independently and do not depend on the grid. Off-grid PV systems are equipped with storage batteries to ensure the stability of the system power and to supply the load with electricity when the PV system does not generate electricity at night or when the electricity generation is insufficient on rainy days.

Regardless of the form, the working principle is that the photovoltaic module will convert light energy into direct current, direct current in the role of the inverter into alternating current, and finally realize the function of electricity, Internet access.

Since the current and voltage of a single PV cell are very small, it is necessary to first obtain a high voltage in series and then in parallel to obtain a high current, which is output through a diode (to prevent current back transmission). Then it is encapsulated on stainless steel, aluminum, or another non-metallic frame, fitted with the glass on top and the back sheet on the back, filled with nitrogen, and sealed. The photovoltaic modules are combined in series and parallel to form a photovoltaic module square, also called a photovoltaic array.

Working principle: sunlight shines on the semiconductor p-n junction, forming a new hole-electron pair, and under the action of the electric field of the p-n junction, the hole flows from the p-zone to the n-zone, and the electron flows from the n-zone to the p-zone, forming a current when the circuit is connected. The function is to convert solar energy into electrical energy and send it to the battery for storage or to push the load to work.

1.1 Monocrystalline silicon solar panels: a photoelectric conversion rate ≈ of 18%, up to 24%, is the highest conversion rate of all photovoltaic modules. It is generally encapsulated with tempered glass and waterproof resin, which is strong and durable, and its service life is generally up to 25 years.

1.3 Amorphous silicon solar panels: photoelectric conversion rate ≈ of 10%, and the production method is completely different from monocrystalline silicon and polycrystalline silicon. It is a kind of thin film solar cell, the process is greatly simplified, silicon material consumption is very little, and electricity consumption is even lower. Its main advantage is that it can generate electricity even in low-light conditions.

The photovoltaic controller is an automatic control device that can automatically prevent the battery from overcharging and over-discharging.

It adopts a high-speed CPU microprocessor and high-precision A/D analog-to-digital converter, which is a microcomputer data acquisition and monitoring control system. It can quickly collect the current working status of the PV system in real-time, obtain the working information of the PV station at any time, and accumulate the historical data of the PV station in detail. It provides an accurate and sufficient basis for evaluating the rationality of PV system design and checking the reliability of system component quality. It also has a serial communication data transmission function, which can centralize the management and remote control of multiple PV system sub-stations.

The inverter is a device that converts the direct current generated by photovoltaic power generation into alternating current, photovoltaic inverter is one of the important system balances in the photovoltaic array system, and can be used with the general AC power supply equipment.

Solar inverters can be divided into the following three categories.

3.3 Backup Battery Inverter: A special inverter that has a battery as its power source, with a battery charger in it to charge the battery, and if there is too much power, it will backfill to the AC power side. This inverter can provide AC power to the specified load when the grid power jumps, so it needs to have the islanding effect protection function.

4. Battery (the grid-connected system does not need)

Working principle: The sunlight shines on the PV module during the day, generating DC voltage, converting light energy into electricity, and then transmitting it to the controller, after the controller’s overcharge protection, the electricity from the PV module is delivered to the battery for storage for use when needed.