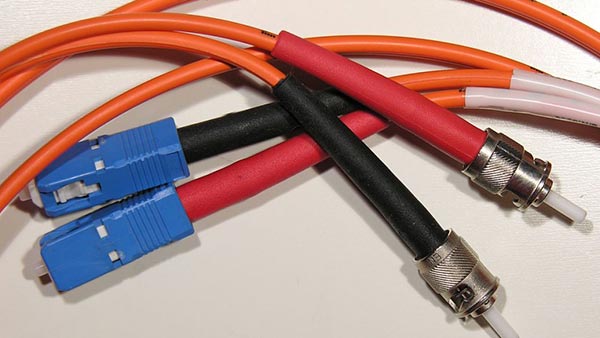 According to China’s trade remedy information network, on August 11, the Mexican ministry statement said, in view of the domestic enterprises for the native to Mexico type Chinese RG coaxial cable filed an anti-dumping sunset review application. So I decided to terminate the anti-dumping duties on Chinese products involved, the termination of the measures will take effect on August 12, 2022. The TIGIE tax numbers of the products involved are 8544.20.01, 8544.20.02, and 8544.20.99.

On October 4, 2018, the Mexican Ministry of Economy made the final ruling of the first sunset review on the case and decided to continue to impose the anti-dumping duty of US$4.32/kg on the products involved, and the measure effective as of August 11, 2017, with a validity of 5 years.

So what is RG type coaxial cable, and what is the difference between it and other coaxial cables, let ZMS Cable Company’s editor take you to understand it.

Coaxial cable is a wire and signal transmission line, generally caused by four layers of material. The innermost is a conductive copper wire, the outside of the line has a layer of plastic as an insulator, dielectric used to enclose. Outside the insulator and a thin layer of mesh conductive body, generally copper or alloy, and then the conductive body outside the outermost layer of insulating material as the outer skin.

Coaxial cables can be used for the transmission of analog and digital signals for a variety of applications, the most important of which are television transmission, long-distance telephone transmission, short-distance connections between computer systems, and local area networks.

Coaxial cable has developed rapidly as a means of distributing television signals to thousands of homes, which is cable television. A cable TV system can be loaded with dozens or even hundreds of TV channels, and its transmission range can reach tens of kilometers. Coaxial cable has long been an important part of the long-distance telephone network. Today, it faces increasing competition from fiber optics, terrestrial microwaves, and satellites.

Baseband coaxial cable has a shield that is usually made of a mesh of copper with a characteristic impedance of 50 Ω. This cable is used to carry digital signals and is generally available in RG-8 coarse and RG-58 fine versions. The most intuitive difference between coarse and fine cables is the difference in cable diameter.

Coarse cable is suitable for larger local networks, it has a long standard distance and high reliability. However, coarse cable networks must be installed with transceiver and transceiver cable, the installation is also difficult, so the overall cost is high.

In contrast, the thin cable is simpler and less expensive. However, because the cable has to be cut off during installation, it is prone to poor contact potential when there are many connectors.

Its development has laid the foundation for the development of the information superhighway. At the same time, as it eliminates the trouble of laying cables, only additional equipment is needed at the user end to access the network, which greatly facilitates the popularity of the network.

The RG-type coaxial cable works in the same way as other types of cables.

The advantages of coaxial cable are that it can support high-bandwidth communications over relatively long, repeat lines, but its disadvantages are also obvious.

First, the size of the thin cable is 3/8 inch thick in diameter, taking up a lot of space in the cable duct.

Second, it can not withstand tangles, pressure, and severe bending, which can damage the cable structure and prevent the transmission of signals.

Third, it is costly, and all these disadvantages are exactly what twisted pair can overcome, so it has been replaced by twisted pair-based Ethernet physical layer specification in the LAN environment nowadays.

The above is the introduction of RG-type coaxial cable for you. Due to the continuous development of society, everything is in the process of development, and the models and uses of cables are also more and more varied. For going to choose a suitable cable needs a lot of consultation. ZMS cable always insists on providing high-quality cable with good quality and low price, considerate service, and the products are trusted after strict manual qualification.