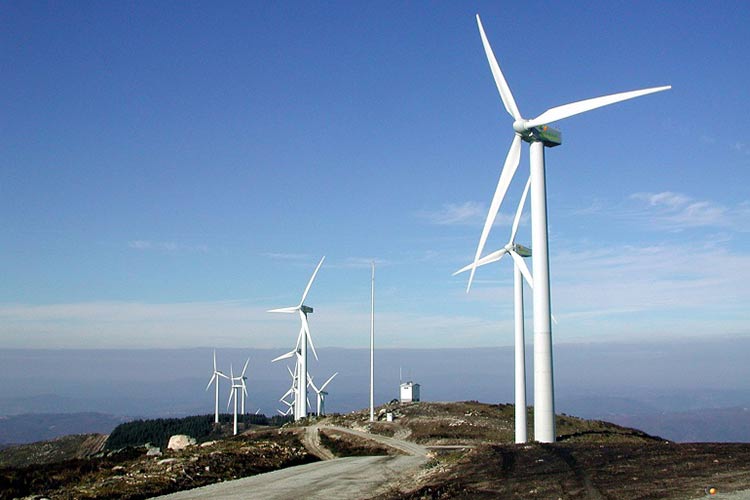 JDR will supply 100km of 66kV array cable to connect 64 wind turbines at the 900MW offshore wind farm. JDR draws on its strong technical capabilities and extensive offshore experience to provide cable products and services for up to 50 offshore wind projects.

The EnBW He Dreiht offshore wind farm is located in the exclusive economic zone of the German North Sea, about 85 km north of the island of Borkum. The wind farm is currently one of the largest energy transition projects in Europe and will also be the first to use turbines with a capacity of 15 MW each. The project is scheduled to be operational in 2025.

The array cables will be manufactured at JDR’s state-of-the-art facility in Hartlepool, UK, and then installed into the project in 2025.

So what is offshore wind power? Before you understand ZMS cable editor first take you to understand wind power.

Wind power refers to wind power generation, which is the conversion of the kinetic energy of the wind into electricity.

What Is Wind Energy?

Wind energy is clean and renewable energy, with more and more attention from countries around the world. Its amount is huge, the global wind energy is about 2.74×10^9MW, of which the available wind energy is 2×10^7MW, which is 10 times greater than the total amount of water energy available on earth.

The wind is one of the energy sources without public hazards. And it is inexhaustible. For the coastal islands, grassland pastoral areas, mountainous areas, and plateau areas where water, fuel, and transportation are scarce, it is very suitable and promising to use wind power generation according to local conditions.

In the case of tree uprooting alone, the wind generated 10 million horsepower (or 7.5 million kilowatts) in a matter of seconds. It has been estimated that there are about 10 billion kilowatts of wind power available on the planet, almost 10 times the amount of hydroelectric power generated worldwide today.

At present, the annual energy obtained by burning coal worldwide is only one-third of the energy provided by wind power in one year. Therefore, both domestic and foreign countries attach great importance to the use of wind power to generate electricity and develop new energy sources.

Attempts to use wind power to generate electricity began as early as the early twentieth century. In the thirties, Denmark, Sweden, the Soviet Union, and the United States applied the rotor blade technology of the aviation industry to successfully develop some small wind power generation devices.

This small wind turbine is widely used in windy islands and remote villages. The cost of electricity it obtains is much lower than that of small internal combustion engines. However, the power generation capacity at that time was low, mostly below 5 kW.

According to the current windmill technology, a breeze speed of about three meters per second is enough to start generating electricity. Wind power is a boom in the world because it does not require fuel and does not produce radiation or air pollution.

The output of the wind turbine is 13~25V alternating current because of the unstable wind volume, which must be rectified by the charger and then charged to the battery so that the electrical energy generated by the wind turbine becomes chemical energy. Then the inverter power supply with a protection circuit is used to convert the chemical energy in the battery into AC 220V mains power to ensure stable use.

Although there are various types of wind turbines, they can be summarized into two categories.

1. Horizontal axis wind turbines, where the rotation axis of the wind wheel is parallel to the wind direction.

2. Vertical axis wind turbines, where the rotation axis of the wind wheel is perpendicular to the ground or the direction of airflow.

The world wind energy market is expected to grow by 25% annually over the next 20-25 years. With technological advances and the development of the environmental protection business, wind power generation will be fully competitive with coal-fired power generation in commercial terms.

In summary, offshore wind power refers to wind turbines in the sea rather than land open space, using the wind of the sea breeze, to achieve the effect of power generation, but also to occupy a certain advantage.

3. Large capacity of a single machine

4. Does not occupy land

5. Does not consume water resources

The above is the introduction of wind power and offshore wind power generation, as long as the electricity-related is certainly inseparable from the wire and cable. ZMS cable manufacturer has been concerned about the development of cable, always adhering to providing high-quality cable, good value for money, considerate service, the product after a strict manual qualification audit, trustworthy.