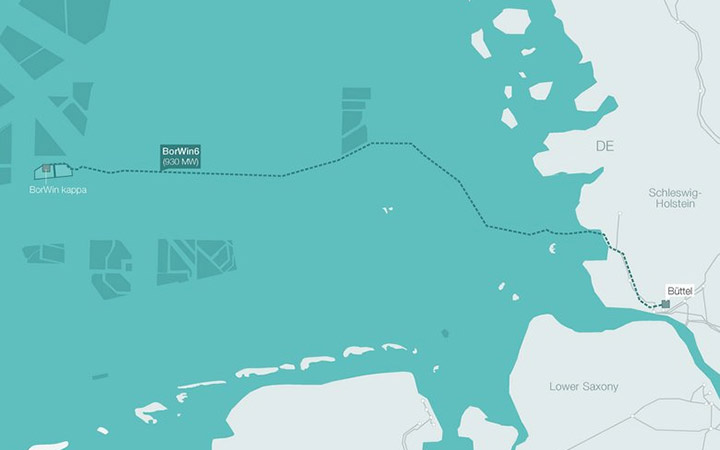 The system operator TenneT said, “We have a long and mutually trusting partnership with Nexans, which guarantees us both reliability and quality.”

BorWin6 is the last grid connection project TenneT realized in the German North Sea before the technological leap to 2 GW and 525 kV cables.

The project will use 320 kV DC cables. Among other things, about 400 kilometers of copper conductor cables with diameters up to about 14 centimeters will be produced for offshore laying, including spare cables. They weigh about 47 kg per meter. On land, cables with aluminum conductors, weighing 16 kg per meter and with a diameter of 12.5 cm, are also used.

It is reported that the laying of the submarine cable is scheduled to begin in 2025. Two cables will be laid for grid connection, as well as an additional fiber optic cable, which is important for the control system.

TenneT uses a 235 km long ultra-high voltage DC cable to transmit the electricity to the Schleswig-Holstein converter station on land after conversion via low-loss DC technology. Here, the DC power is converted back into a three-phase current and fed into the UHV grid.

According to the plan, the system will be commissioned in 2027.