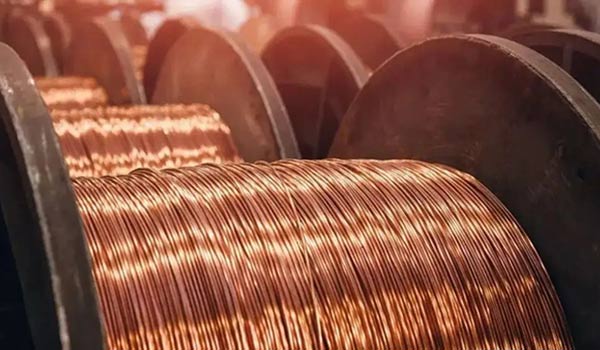 The impact of falling copper prices

By the dual impact of macro factors and fundamental weakness, global copper prices have recently begun to fall sharply. since July 1, copper has fallen below $8,000 per ton for three consecutive trading days, coming to the lowest level since February 2021. Domestic copper main futures have now fallen to about 61,000 yuan/ton, again the lowest level since February 2021.

This six-month copper price trend has been high before and low after. At the beginning of this year, especially before the Spring Festival, copper prices were buoyed by optimism that the macro situation was improving at the time, continuing last year’s rally.

Copper products are widely used in the electrical, light industry, machinery manufacturing, construction industry, and defense industry, and often serve as an indicator of economic activity in the early part of the year.

In terms of macro factors, mainly market inflationary pressure, the Federal Reserve has raised interest rates more than expected, and the market has strong expectations of economic downside in the aftermath; geopolitical conflicts in Eastern Europe continue, and the market is more worried.

In terms of fundamental factors, the previous public health events repeatedly brought impact on the market consumption, the terminal home appliances, and automotive industries are weak situation; in addition, electrolytic copper output continues to pick up, imports appear to a growth trend, the domestic electrolytic copper supply pressure increased, but the consumption side did not pick up but to weakness.

With the recent copper price plunge, for the market smelters, there is a significant decline in procurement costs, and capital pressure has also been reduced, although the smelter’s preservation costs have risen sharply; for the distribution chain, trade liquidity reduced more because of the rapid decline in copper prices, some positions did not withdraw in a timely manner, while the higher cost of pre-take, the terminal shipments will be weaker.

July and August are the off-season consumption of copper, the consumption side is constrained, coupled with the recent gradual increase in spot supply pressure, so the fundamentals also support the weakening of copper prices; however, the previous copper price downtrend is too obvious, the short-term pullback phenomenon.

Looking ahead, the general trend of copper prices in the third quarter is still down, with signs of a brief pullback midway.

The impact of copper prices on cable companies

The impact of copper prices on ZMS Cable Company is substantially smaller. Our company’s main raw materials are copper and aluminum, the company mainly uses sales to production, production to purchase, and other ways to lock the copper price. The selling price of our products is determined in accordance with the principle of “cost with target gross profit”, and the model of interval quotation based on copper price is implemented.

Contact us to get more affordable quotes on the latest cable products.