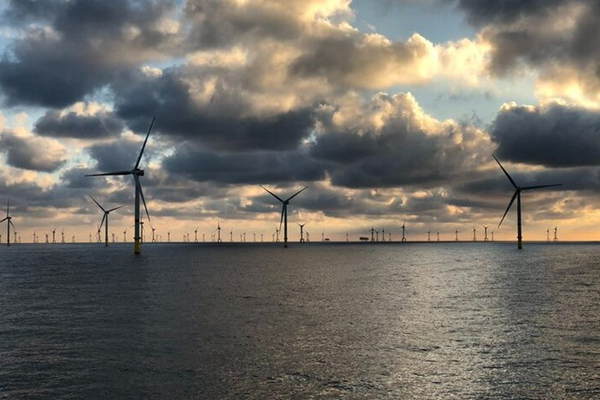 The German government’s new round of plans will exceed its 2035 offshore wind power target by 40 GW when installed capacity will reach 50 GW.

To achieve this goal, Germany will provide 4GW of offshore wind power per year from 2027 onwards.

The new agreement updates the initial agreement from 2020 to reflect the higher expansion targets agreed upon earlier this year.

Under the plan, Germany aims to reach 30 gigawatts of offshore wind power capacity by the end of 2030 and further increase it to 70 gigawatts by 2045.

Economy Minister Robert Habeck said the agreement is a strong joint commitment to the goal of 30 GW of power generation by 2030.

It contains steps to designate offshore areas, environmentally friendly development, specific timelines and milestones, and a plan for the necessary coordination and resources needed to accelerate the endorsement process.

What’s the Difference Between Onshore and Offshore Wind Power?

We will have to consider the impact of the harsh natural conditions and environmental conditions brought to us at sea. Such as salt spray corrosion, wave load, sea ice ramming, typhoon damage, and other constraints.

And even national defense security and a series of other issues. (Focus on more new energy domestic and international news and wind power transportation)

Compared to onshore wind power, offshore wind power due to far from the coast, wind turbines in the harsh marine environment under the influence of bolts and other wearing parts’ failure accelerated, and mechanical and electrical system failure rates rose sharply, resulting in a faster frequency of maintenance and repair.

Specifically, the advantages of offshore wind power compared to onshore are still obvious:

Wind turbine operation is good, the most critical is to look at the size of the wind, the wind at sea is generally larger than onshore.

The topography of the land is undulating, and the wind speed on the ground has a great slowing effect, so the wind turbines on land are set up high, to use the high altitude of the larger wind.

But due to topographic problems, the difference in wind speed between the various heights on land is very large, which leads to wind shear (vertical wind speed changes), making the wind turbine up and down unevenly forces leading to easy damage to the drive train.

The sea level is generally very flat, the wind is no resistance, the average wind speed is high, and the wind shear is also smaller than on land, plus the frequency of wind direction change at sea is also lower than on land, so the wind energy at sea is very smooth.

The power generation of wind turbines is proportional to the third power of wind speed, and the wind speed at sea is about 20% higher than on land.

The larger the stand-alone power generation capacity of a wind turbine, the more swept area of the same place and the more wind energy is utilized, which means the resources are more fully used.

And the more significant the stand-alone capacity, the larger the generator, and the longer the blades.

The biggest problem on land is the transportation problem, nearly hundreds of meters long blade (split into two sections also have dozens of meters) on land is very difficult to transport, and in the sea, there is no such problem, directly with the boat pulled over on it.

4. Not Occupy An Area, Do Not Disturb The People

With the development of onshore wind power, onshore wind resources are becoming less and less, and fan noise on residents and animals is also relatively large, there are research institutions that have studied the fan impact of wild ducks.

However, offshore construction of wind farms does not have these problems, and China is a large marine country, with a coastline length of more than 18,000 kilometers, ranking fourth in the world.

5. Close To The Electricity Load

China’s vast northwest has built a large number of wind farms, these wind farms undoubtedly have to be transmitted through ultra-high voltage, ultra-high voltage lines to the southeast coast of the electricity load center, a distance of more than two to three thousand meters.

And offshore wind farms are built in the coastal one or two hundred kilometers, closer to the load center, and the wind all year round, so very suitable for the needs of the electric load center.