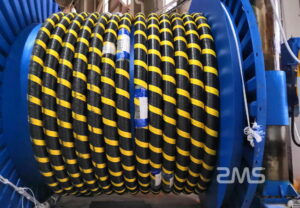 Nexans has been awarded the contract for the Celtic submarine grid interconnection project, jointly developed by Ireland’s EirGrid and French transmission system operator RTE. The 700 MW project is the world’s longest XLPE submarine interconnection system and the first direct submarine connection between France and Ireland.

Recognized as a Common Interest Project (PCI) by the European Union, the project allows the exchange of electricity between Ireland and France, providing power to approximately 450,000 homes and is key to the development of an integrated European energy system.