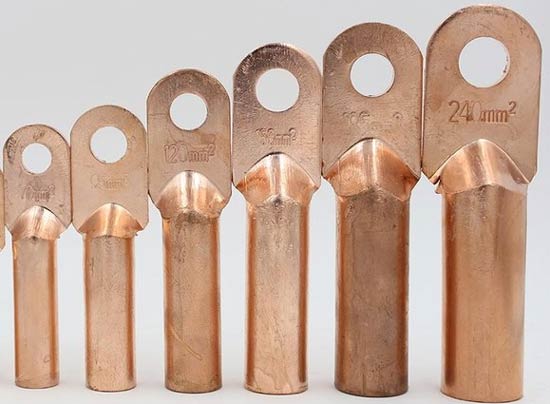 For the straight-line connection of cable lugs single-strand copper-core wires. First, cut the two wire ends to form a certain length of wire core, remove the surface oxide layer of the wire core, cross the two wire cores in an X shape, and twist each other 2 to 3 turns, Pull the straight head again.
When the general wire is connected to the terminal lugs, if it is a single-strand wire of 10mm2 and below, it needs to bend a circle at the end of the wire and connect it to the terminal. If it is a multi-strand copper wire of 4m㎡ or more, a terminal lug must be installed and then connected to the terminal.