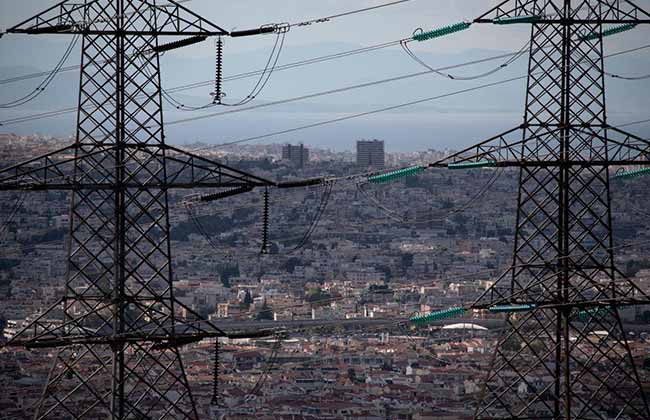 Plans for a Transmission Project to Greece are Gaining Traction

A plan for a transmission project to bring electricity from Egypt and Israel to Greece is getting a new boost as Europe seeks to reduce its dependence on Russian energy.

Energy links from Egypt and Israel to Europe via Cyprus are seen as important for energy security amid deteriorating relations with Moscow, an EU ban on seaborne oil imports, and Russia cutting off gas supplies to some buyers in the region. One of the power transmission cable projects is planned to transport only green energy, helping the EU advance its €210 billion energy plan with renewable energy at its core.

Manos Manousakis, CEO of Greek grid operator ADMIE, said in an interview in Athens, “Connecting electricity to Europe from other sources will provide an opportunity to reduce Russian energy dependence. If Europe is to pursue green energy, then it cannot ignore the huge solar potential in North Africa and the Middle East.”

These projects have the potential to replace not only all of the gas Greece receives from Russia but also the supply from some neighboring countries. Surplus power passing through the transmission cables would be delivered to other parts of Europe and play a role in securing energy supplies. The large transmission line project to connect to Egypt is currently supported by the local government and Greek authorities and now requires EU funding.

Project developer Elica SA, part of Greece’s Copelouzos Group, has applied to include the power cables in the EU’s list of so-called projects of common interest, which would help secure permits and funding. The company estimates an investment of about 3.5 billion euros, and Greek banks and the European Investment Bank have already indicated their willingness to participate. ADMIE and the Egyptian Electricity Transmission Company are working together to design a direct path to mainland Greece.

“The project requires European funding and it is hoped that an application for financing will be submitted to the European Commission within the next 12 months,” Manousakis said, adding that construction could begin as soon as approval is received and that the EU “will need to show flexibility in its traditionally rather slow approval process. “

ADMIE is also working to ensure that the infrastructure is upgraded and expanded to allow the transmission of excess power to other parts of Europe, Manousakis said. ADMIE and Italy’s Terna are studying the feasibility of the second connection of up to 1 GW between the two countries. It has also started to study a new connection with Albania and to expand the existing connection with North Macedonia. Additional connections between the European and Turkish power systems are also being studied.

A more advanced project, Manousakis said, is a Euro-Asian interconnector linking the power grids of Israel, Cyprus, and Greece. The 1,208-kilometer cable will be able to provide electricity produced using gas reserves from Cyprus and Israel as well as renewable energy sources.

The first phase of the project is expected to cost approximately €2.5 billion and will have a total transmission capacity of 1,000 MW, which will double after the next phase. Construction is due to be completed by the end of 2025, with commissioning in the first half of 2026.

The EU agreed in January to provide 657 million euros for the section connecting Cyprus to the Greek island of Crete. This amount is on top of the 100 million euros already allocated by the EU’s Renaissance Fund. Cyprus is currently the only EU member state that is not connected to the European grid.