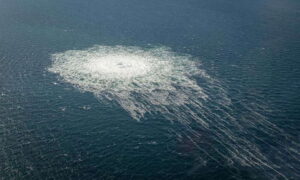 The Danish Energy Agency confirmed on September 27 that the Nord Stream I and Nord Stream II gas pipelines in the sea of Denmark have leaked. It urgently called for increased vigilance in the electricity and gas sectors.

Then, according to news reports, on October 4, the Norwegian radio and television company reported that the submarine cable from Lofoten to Svorval had broken due to a problem.
The break occurred 500 meters east of Hunningsvale.