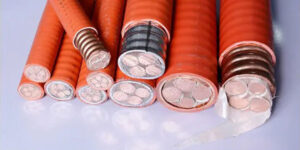 1. The Use And Characteristics Of Fire-Resistant Cable

China also developed in the 1960s, began to be used in the military field, the mid-1980s began industrial production, and gradually accepted by the construction field in full.

The invention of flexible mineral-insulated fire-resistant cable is relatively late, about the 1970s was born in Switzerland at Stout Cable Company.